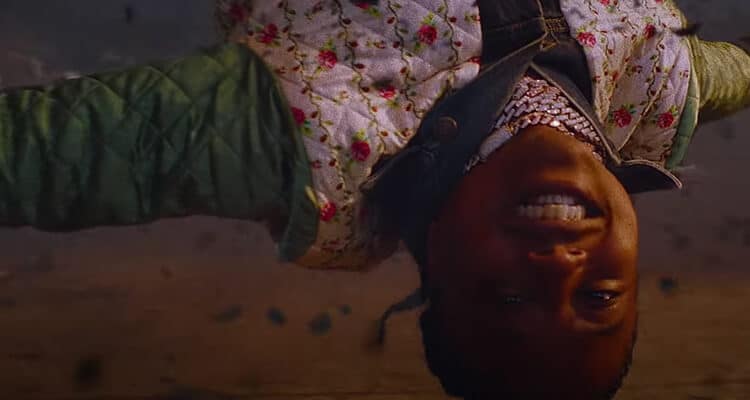 Pressa has been on a roll as of late. He was recently seen on Instagram celebrating his first billboard in Los Angeles, he’s been featured on some of DJ Akademiks’ Twitch streams featuring some of Toronto’s top hip-hop artists, and his latest album Gardner Express has him flirting with stardom south of the border. Now he’s back with his latest project, Gardner Express – the concert film.

It opens with an animated Ford Mustang driving west down the Gardiner Expressway which turns into a shot of the same car driving into the Hollywood sign in L.A. depicting Pressa’s move out west. He starts out by performing his his Houdini and 6ixbuzz collab “Mansion” and his2017 hit “Canada Goose” featuring Tory Lanez before moving to newer material from the album further showing his journey from the Canadian cold to the warmth of L.A. He even treats fans to his unreleased track “Killers and Demons”.

Directed and edited by Coco, the film features cool visual effects, including Pressa floating in the air on his back during his performance of “O.T.M.”. From scene to scene, he just oozes confidence and looks like a star who’s comfortable in his own skin.

After watching the film, one thing is for sure – Hollywood looks good on Pressa and he has everything he needs, from the look and style to charisma and unique sound, to become a bonafide hip-hop superstar.