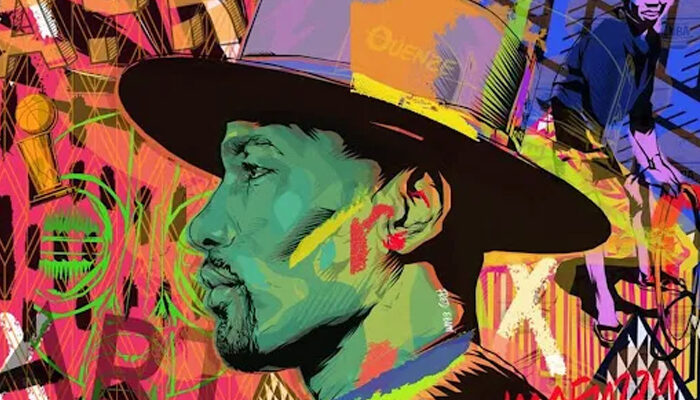 The Serge Ibaka track Champion has surpassed 35 million streams on Spotify as he joins the ranks of NBA players transitioning to music.

Former NBA champion and Toronto Raptor centre/forward, Serge Ibabka, is stealing the show from his rivals off the court, much like he’s done on it.

If you didn’t know it by now, Ibaka has become a certified Afrobeats artist with his track “Champion” topping 35 million streams on Spotify. The milestone gives Ibaka the title of the ‘Most streamed Spotify track by an active NBA player’, which was previously held by Portland Trailblazer guard Damion ‘Dame DOLLA’ Lillard’s track “Money Ball”.

“Champion”, featuring French rapper Ninho, was originally released in early 2021 and is now one of the more popular songs from Ibaka’s debut 15-track album Art that dropped last week. With Ibaka being Congolese, most of the song (and album) is in French, but the sweet, sultry sounds of Afrobeats can’t be denied, giving fans that familiar vibe they’ve come to expect from some of the genre’s top artists.

Ibaka’s streaming record and following as an Afrobeats artist (he has almost 589,000 monthly listeners on Spotify) is significant given the popularity of several NBA players turned hip-hop artists. Aside from Dame DOLLA, Chicago Bulls guard Lonzo Ball made a name for himself a few years back with several tracks and more recently this summer Iman Shumpert released his debut studio album This Car Ain’t Stolen. Ibaka topping that list emphasizes how popular Afrobeats has become and that the genre continues to keep pace with hip-hop as the mainstream sound of the culture.

Stepping out of his pro basketball identity is nothing new for Ibaka. His love for unique fashion trends (remember the infamous oversized scarf that became a meme?) and entertainment has led to several projects including his popular Youtube cooking show How Hungry are You? and his partnership with Studio71 to develop a kids animated series inspired by his life.

“Champion” and the full Art album are available on all major streaming platforms.