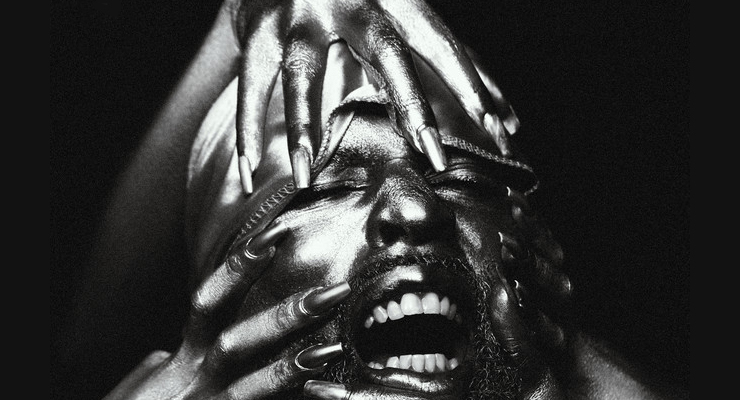 DVSN’s new album proves love is complicated and complex, beautiful and messy. Here SHIFTER’s Kevin Bourne with his review of Working On My Karma by DVSN.

Today, Toronto’s very own star R&B duo, Nineteen85 and Daniel Daley, known together as DVSN, dropped one of the most highly-anticipated R&B albums of the year titled Working On My Karma. Executive produced by Jermaine Dupri, the album caused a bit of an uproar right out the gate when the lead single “I Get Caught Cheating” was released earlier this year. Despite being a commercial hit, the single was criticized some for promoting toxic behaviour.

If fans were wondering whether the album would end up being a collection of toxic “city boy” anthems the answer is “No”. Instead the album points to the reality that relationships are both complicated and complex, beautiful and messy.

While “I Get Caught Cheating” may appear to enable f*ck boy behaviour, on “Stay Faithful” he expresses regret admitting “Should’ve stayed faithful…I’ve been irresponsible from the start”.

The album has songs for all the ups and downs of love. On “Last Time” featuring Yung Bleu, one of the standout songs on the project, he asks, “When’s the last time somebody told you they loved you? And meant it?” The song tells the story of a woman deserving better than how’s she’s currently being treated. On the previously released single “What’s Up” featuring the legendary Jagged Edge they tackle loneliness singing, “Laying here with someone else, feeling like I’m by myself”.

Of course, there are also the panty dropping tracks like “Bring It”.

What makes this album standout is its mix of traditional R&B production mixed with raw, honest and unfiltered content. At moments you’re lost in the beauty of the music and at others you’re wondering, “Did he just say that?” as he sings about pregnancy scares and other real life experiences many listeners can relate to.

What also stands out on the album is the writing and delivery. For example, on “Don’t Take Your Love” he asks, “Why you bringing up other niggas? When I ain’t out here bringing up other bitches…sorry I mean other women”. The writing comes across as conversational, honest, real, and at times funny, adding to telling of the story.

Contrasted with the traditional R&B vibes is the stripped down, minimalist sound OVO is known for. To close out the album we’re treated to tracks like “Daniel’s Interlude”, “Tired” and “Get Even” where Daley’s voice is able to shine with the production taking a bit of a backseat.

Overall, the project is refreshing in both its production and content. The pairing of DVSN and Jermaine Dupri delivered a project that’s timeliness in its production, providing a sound traditional R&B heads may have missed, yet current in the issues it tackles. It will make you smile, laugh, and maybe even get a little angry, but hey…that’s love.

Working On My Karma is available on all major streaming platforms.