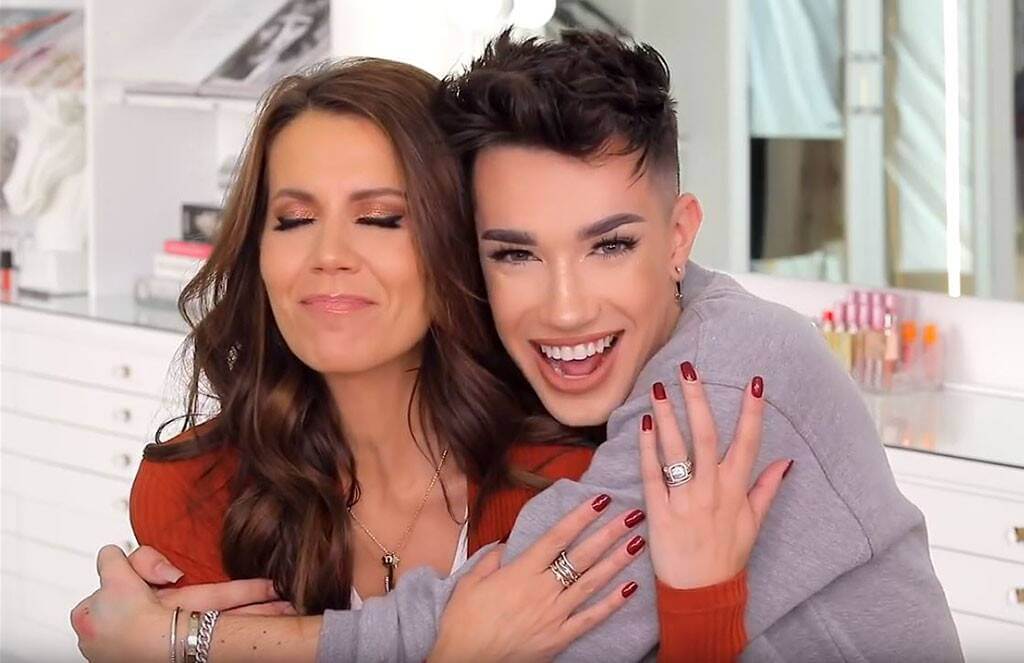 A couple of months have gone by and the storm has finally passed since the James Charles and Tati Westbrook drama. The beauty universe on YouTube is now at peace (in my view anyway…for now). Many of us follow Youtube channels the same way you would watch TV. So it’s only normal that we follow the lives of the influencers on the platform and drink up the drama like juice. Before I get more into it, here’s some backstory to better understand what went down.

Who is James Charles?

James Charles gained popularity after becoming the first male ambassador for CoverGirl in 2016. At 20 years old, he has well over 15 million subscribers on YouTube. He has collaborated on a palette with Morphe Cosmetics and has

recently done Iggy Azalea’s makeup for her latest video “Sally Walker”. But sometimes with the glam comes drama. In May 2019, well-known Youtube beauty guru Tati Westbrook, founder of Halo Beauty and with just over 10 million subscribers, published her 43-minute video “BYE SISTER” on the platform bashing James Charles. In a nutshell, she said the following:

Jeffree Star is a beauty YouTuber with just over 15 million subscribers. He is the founder and owner of Jeffree Star Cosmetics. He is also known for his bold personality and controversial comments on social media. Amidst the James Charles and Tati drama, Jeffree Star jumped on the bandwagon and labeled James Charles calling him a “predator” and a danger to society”. He later released a YouTube video apologizing and recognizing that his approach to drama often is wrong, promising that this was the last of his “shady-self” and that he loves Tati and James Charles.

Finally, James Charles did two apology videos. In the second one, he fully addressed the allegations against him by Tati Westbrook.

The world we live in is insane. Being an adult is just a title, and not all adults are mature. Grown adults are now taking to the internet, making videos to address issues and expose people’s lives, that should be addressed privately. Now, if you know me, you know I LOVE celebrity gossip BUT deep down, I know it is wrong. They are humans just like the rest of us and speaking for myself if someone addressed me like that in public for everyone else to see, I would feel some type of way.

The result of exposing someone like this on social media is the backlash. It is always negative and often misunderstood. For instance, Tati, Jeffree Star, and James Charles all mentioned being in a dark place at some point and all bad behavior aside, that just does not sit well with me. Internet bullies are real, and we all know how cyberbullying can end regardless of your status in life. The internet is evil! I believe that to avoid the extreme, some things should seriously be addressed privately.

So what have we learned for the James Charles versus Tati Westbrook drama? Being the bigger person matters, and that being aware of our limits is crucial to living a sane life…especially on the internet.