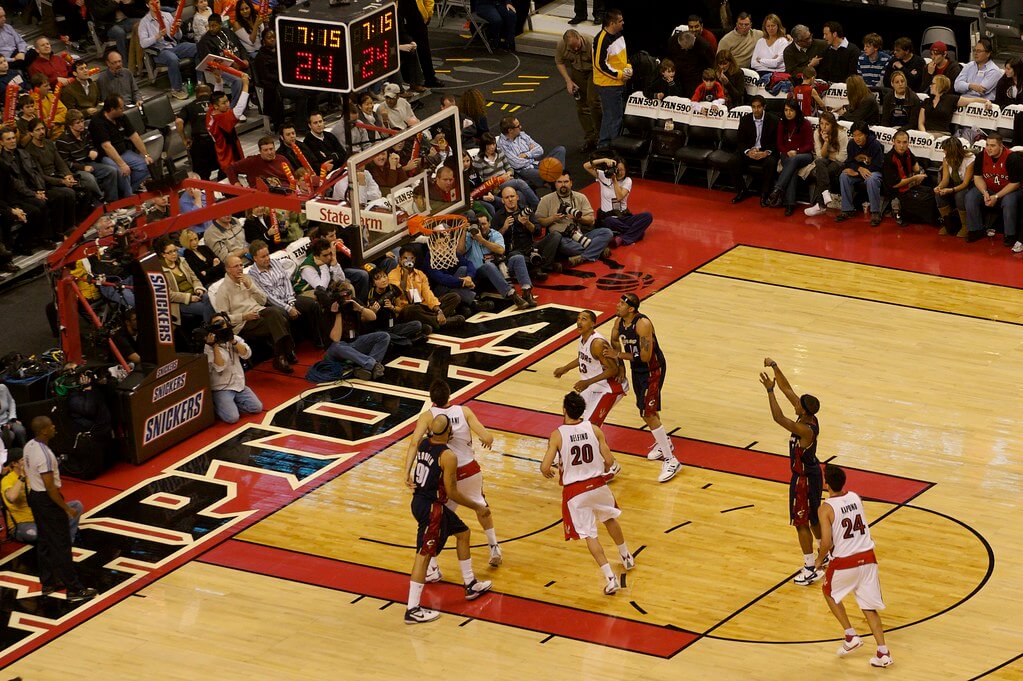 The NBA offseason never ever disappoints.

Last year before the 2018-19 season, we saw moves like Lebron sign with the Lakers, Paul George slighting the Lakers and choosing to stay with the Thunder, and of course, Masai Ujiri and Raptors infamously shipping fan-favorite Demar DeRozan off to the Spurs in exchange for Kawhi. We all know now how that gamble turned out.

Fast forward to this summer and again madness has taken place across the league. After too much inaccurate speculation about Kawhi heading to the Lakers, the 2019 Finals MVP will suit up next season for the L.A. Clippers along with George who the Clippers acquired via trade with the Thunder in exchange for an unprecedented amount of future draft picks.

That announcement came after a week that saw Jay-Z’s Roc Nation clients Kevin Durant and Kyrie Irving team up and sign max deals with the Brooklyn Nets. Anthony Davis getting traded to the L.A. for the majority of the Lakers young talent. Jimmy Bulter moving on a sign and trade from the Philadelphia 76ixers to the Miami Heat. Kemba Walker signing with the Boston Celtics and several other notable signings.

For the second straight year, the NBA landscape has changed in a dramatic way. With KD’s move to the Eastern Conference, some speculate the competitive balance has been restored back the NBA. One thing’s for certain, the Golden State Warriors will not be the overwhelming favorite to win the title for the first time in 4-5 years.

With all the free agency changes, here’s my prediction of what the NBA will look like this upcoming season:

The Los Angeles Clippers will win the NBA Title. The ‘other’ team in L.A. had a solid season last year and probably would have made it past the first round of the playoffs had their opponent not been Golden State (The series went six games). They now have added a two-time NBA Finals MVP in Kawhi and a PG-13 who is only a six-time NBA All-Star and five-time All-NBA Team selection, as well as a four-time member of the NBA All-Defensive Team. Besides both being from the L.A. area, George and Leonard rank 1-2 in NBA scoring efficiency this past regular season. Adding star power like that to a team that already has the raining NBA Six-man of the Year in Lou Willimas and Patrick Beverly, who needs no introduction, have put the Clippers over the top.

The Brooklyn Nets will be the team to beat in the East. How could they not? They now have arguably the best player in the world in KD and Kyrie looks to revive his career after a somewhat down year in Boston. Yes, they lost DeAngelo Russell to the Dubs and Jared Dudley to the Lakers, but that won’t offset the remaining young talent still on the squad. The Sixers will still be tough (they now have Al Horford) as will the raining league MVP Giannis Antetokounmpo and the Milwaukee Bucks. But in KD and Kyrie, the Nets are the only team in the East that has an all-star duo with Championship rings.

Golden State won’t reach the NBA Finals for the first time in 5 years. Without Klay the Dubs will struggle to compete in the West. Klay could be out for the majority or all of next season recovering from the ACL injury he suffered NBA Finals. With no Klay and no KD, Step Curry will have to shoulder the load for the team. That’s not a good thing. The Warriors team strength is having multiple perimeter shooters to rely on, not just Steph. Adding DeAngelo Russell will help some, but it won’t be nearly enough to cover for Klay who was one of the top 4 most efficient scorers in the league this past season. The Dubs will make the playoffs, but the Finals are a long shot at this point, especially with both L.A. teams stacking their rosters.

The Lakers will implode during the season and won’t get past the 2nd round of the playoffs. LBJ and his Lakers have all the talent in the world to compete for the title next season. The problem is there are too many personalities that could implode the team at any off moment during a potential down point of the season. Boogie, Rondo, and Lebron himself all have shown to lose their composure during tight games. Having Anthony Davis makes them NBA Finals ready, but they need to learn how to play together and win now due to mortgaging their future off in exchange for AD. A Western Conference Finals appearance is likely, but so is a 2nd round playoff exit.

The Raptors will make the playoffs but won’t defend their title. Let’s get one thing straight. The Raptors are still a very good team and will compete next year in the Eastern Conference. They were impressive in the 22 games Kawhi didn’t play in and even beat Golden State in the Bay. The team core remains intact minus a bonified 30-point scorer. Pascal Siakam, the NBA’s Most Improved Player, is now the team’s primary scorer. He has T-Mac potential, but it will be near impossible to take out the Nets and Bucks and get back to the Finals without a player of Kawhi’s stature in the line-up. That said the East is still weak enough for the Raptors to get a spot.

There are several other storylines to watch like Zion, Zo and the young New Orleans Pelicans. The Utah Jazz adding veteran Mike Conoley to an up and coming team. And can the Celtics make a run with Kemba Walker running the point instead of Kyrie? I’ll be taking note all year and will give my takes on the most intriguing stories the upcoming NBA season.