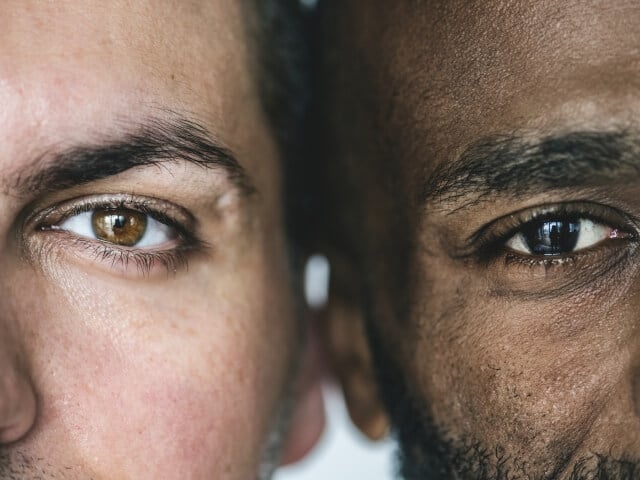 OPINION – IF YOU’RE CLOSED OFF TO HONEST DIALOGUE, YOU’RE A PART OF THE PROBLEM

Over the past few weeks, I’ve had the opportunity to share different opinions in public, whether on our website or on social media; most of them controversial.

From a young age my father taught me about the importance of speaking my mind. As a child I saw him speak up when no one else wanted to speak up, whether at church, at work, or at the mall. I saw him say things other people were thinking but were afraid to say. As I’ve grown into a man, he’s the person who has shaped me the most out of anybody. He didn’t have any formal titles, but his ability to speak up in times when other people chose to be quiet made him a leader.

As I’ve shared my thoughts in public over the past few weeks, I’ve had people DM me in private saying they agree with things I’ve said. Part of me wishes they’d agree in public, but the pressure that comes with public scrutiny isn’t for everyone.

But what speaking up does do is let other people know it’s okay to ask honest questions or that it’s okay to have a different perspective.

The past week has taught me a lot about the importance of respectful public discourse. The end goal of respectful dialogue isn’t to be right but to find truth. When you elevate truth above being right, you open yourself up to listening and potentially being wrong.

Police chiefs and defunding the police

Ottawa police chief Peter Sloly and Edmonton police chief Dale McFee appeared on national television recently and spoke about the murder of George Floyd and the calls for defunding the police.

They also talked about the need for a new approach to public safety that’s more integrated with public health and removes policing from the justice system and has involvement from all levels of government, and that this kind of integrated approach requires even more funding (not defunding).

Do I agree with everything they said? Not necessarily (I’d have to go back and do my own research). But as Black and Métis police chiefs who are aware of the struggles of their people, and have had to experience them themselves, it was an interesting perspective.

The power of perspective

When you look at the role of a judge, they have the responsibility of listening to all witnesses, weighing all the evidence, and then coming to a conclusion about the truth. Unfortunately, I don’t think most of us go through that kind of deliberation when expressing an opinion. Many of us confuse our personal perspective for “the truth, the whole truth and nothing but the truth”.

As human beings, we have two eyes for a reason. When you look at something with one eye closed, you don’t have a complete perspective. The only way to have a complete perspective is when both eyes work together, each eye providing a different angle of looking at the same thing. Even then, when you have both eyes open, it’s still possible to have blind spots. What this means is that our personal truth may not, in fact, be the whole truth.

You’re a part of the problem

Over the past few weeks, there have been a lot of “you’re a part of the problem” statements being made. Well, here are a few more.

Opening ourselves up to different opinions, being challenged, and potentially changing the way we think, especially after we’ve held a certain view for a long time, can be scary. But there’s something beautiful about growing and evolving.

What we need right now are safe spaces for people of different opinions and perspectives to have healthy conversations and ask honest questions, not jumping down each other’s throats whenever someone dares to say something we don’t agree with. If asking questions and sharing perspectives continue to feel unsafe, we’ll never have the opportunity to experience true progress or come to a common understanding. Of course, there may be some areas where we never come to a common understanding, but if we at least agree to respect each other despite our differences, we’ll be alright. But who am I to judge?