This year we’re introducing a brand new end-of-year feature, Top 10 Shifters in the Capital celebrating the accomplishments of influencers in the capital.

“Shifter” is a term we coined four years ago for people who use their creativity and influence to impact culture, business or the social sector.

Without further adieu, here’s our list of the top cultural, business and social influencers who impacted the capital in 2017. 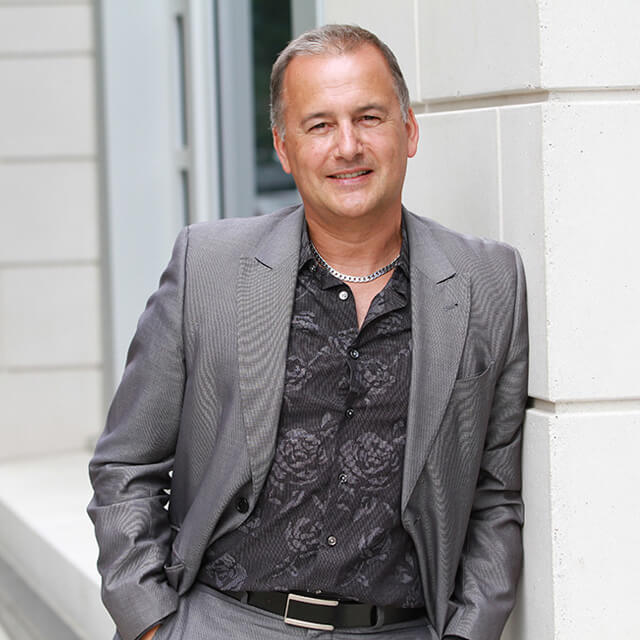 The person who had the single biggest cultural and business impact on Ottawa in 2017 was Ottawa 2017 Bureau executive director, Guy Laflamme. Charged with bringing major events to the city in celebration of Canada’s 150 birthday, Laflamme envisioned a more vibrant capital, bringing a slew of major events to the city, from RedBull Crashed Ice and the RedBull Global Rallycross to the Juno Awards and the much-loved La Machine. Both residents and visitors alike will be looking at Ottawa, known as a sleepy government town, a lot more differently. 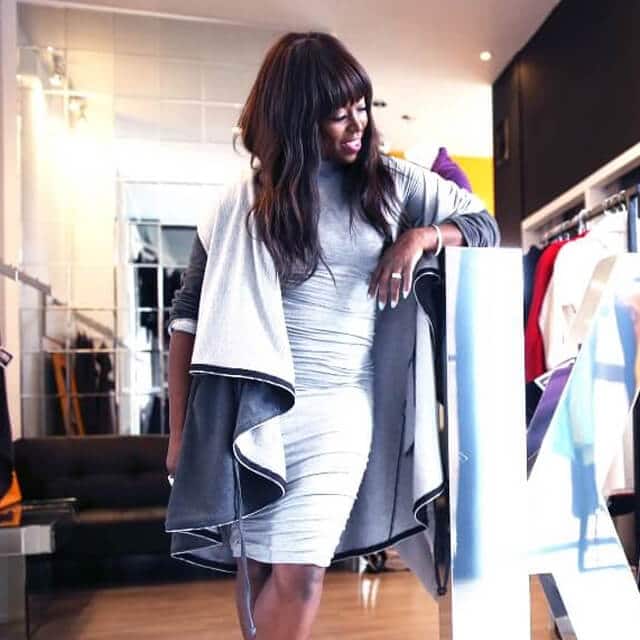 In 2017, Stacey Bafi-Yeboa established herself as the premiere fashion designer in the capital, making her New York Fashion Week debut, followed by a memorable show at Marks Motors Audi Ottawa. She was then invited to return to New York Fashion Week in 2018. Bafi-Yeboa also presented her annual fashion event FLAUNT and continued to empower audiences as a public speaker and panelist at events like Creative Mornings and the Shopify Shopclass. 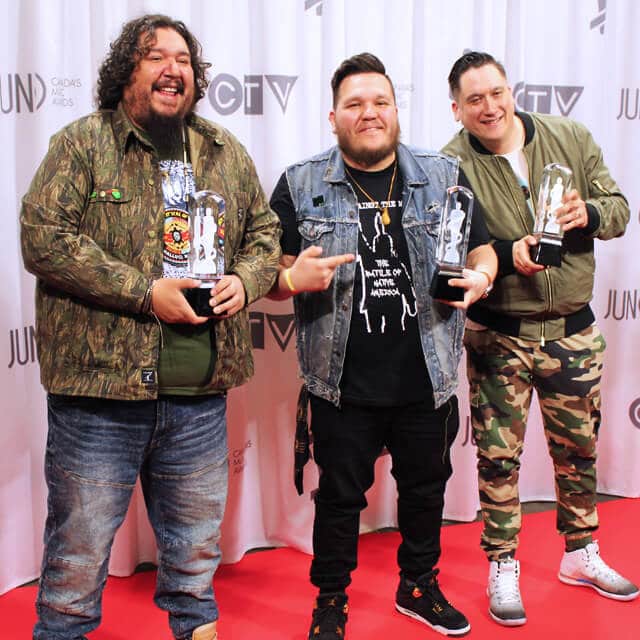 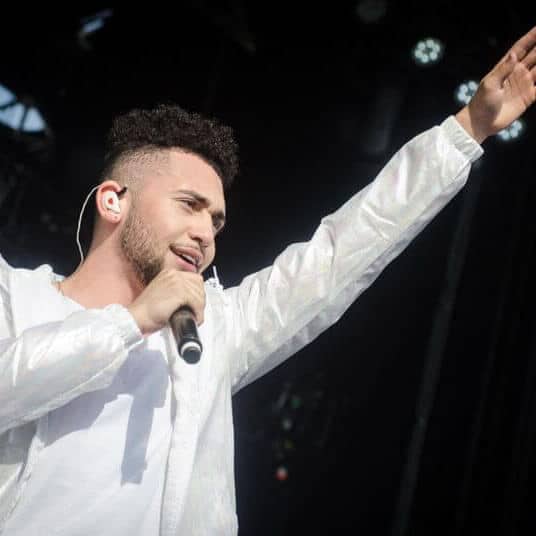 The city’s next biggest musical ambassador is R&B singer/songwriter/producer Maurice Moore. In 2017, he continued to generate buzz north and south of the border, being featured in top media outlets like Billboard and High Snobiety. After being one of the few local acts to grace the red carpet at the 2017 Juno Awards, Moore made his Bluesfest debut this past July in front of a home town crowd. This all built up towards the release of his debut album Amber Room which received positive reviews. 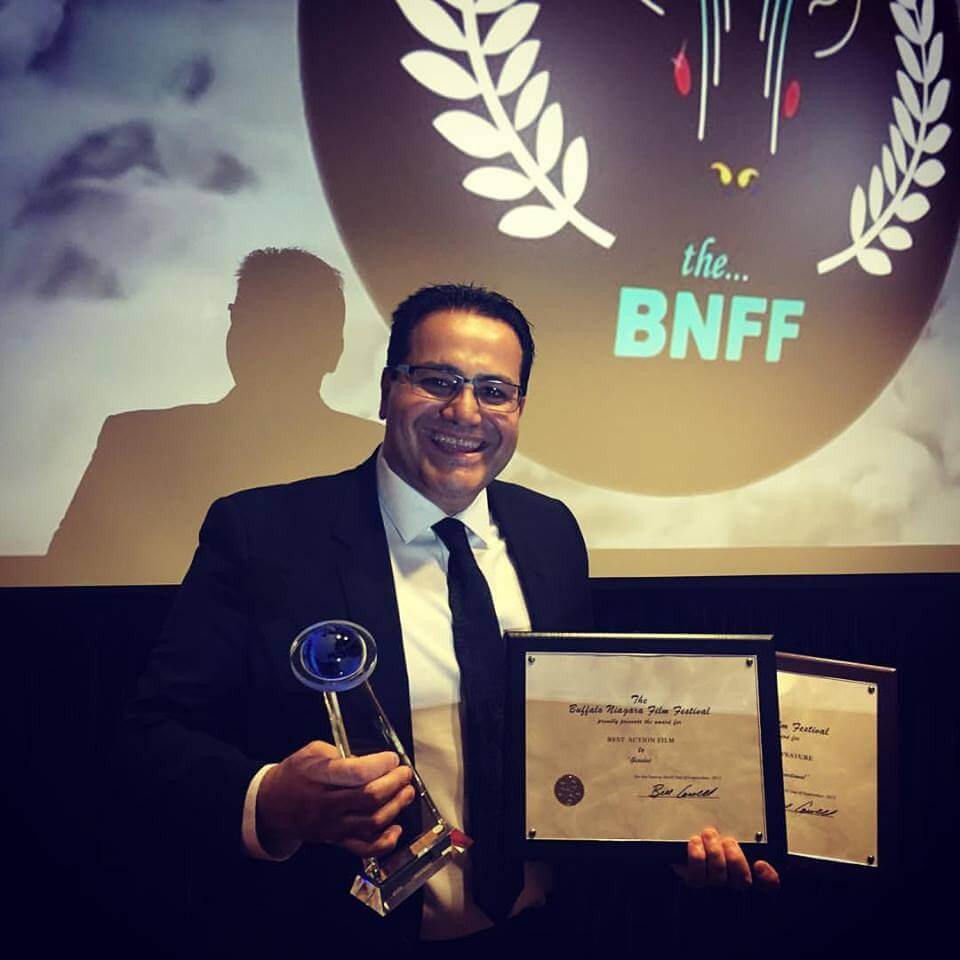 Alphonse Ghossein was one of Ottawa’s top film producers in 2017. After showing “I Am The Pretty Thing That Lives In the House”, a co-production with Zed Filmworks, at the 2016 edition of the Toronto International Film Festival, Ghossein took home some hardware at the 2017 Buffalo Niagara Film Festival for Best Action Film for his film “Gutshot” and Best Director (Marc Forby) for “Highly Functional”. Then in November, two out of the six films mentioned in the New York Times’ Slow and Creepy horror feature were produced by Ghossein’s Go Insane Films. His latest project, The Blackcoat’s Daughter, starring Emma Roberts and Kieman Shipka, was released earlier this year through DirectTV Cinema, A24 and Netflix UK. 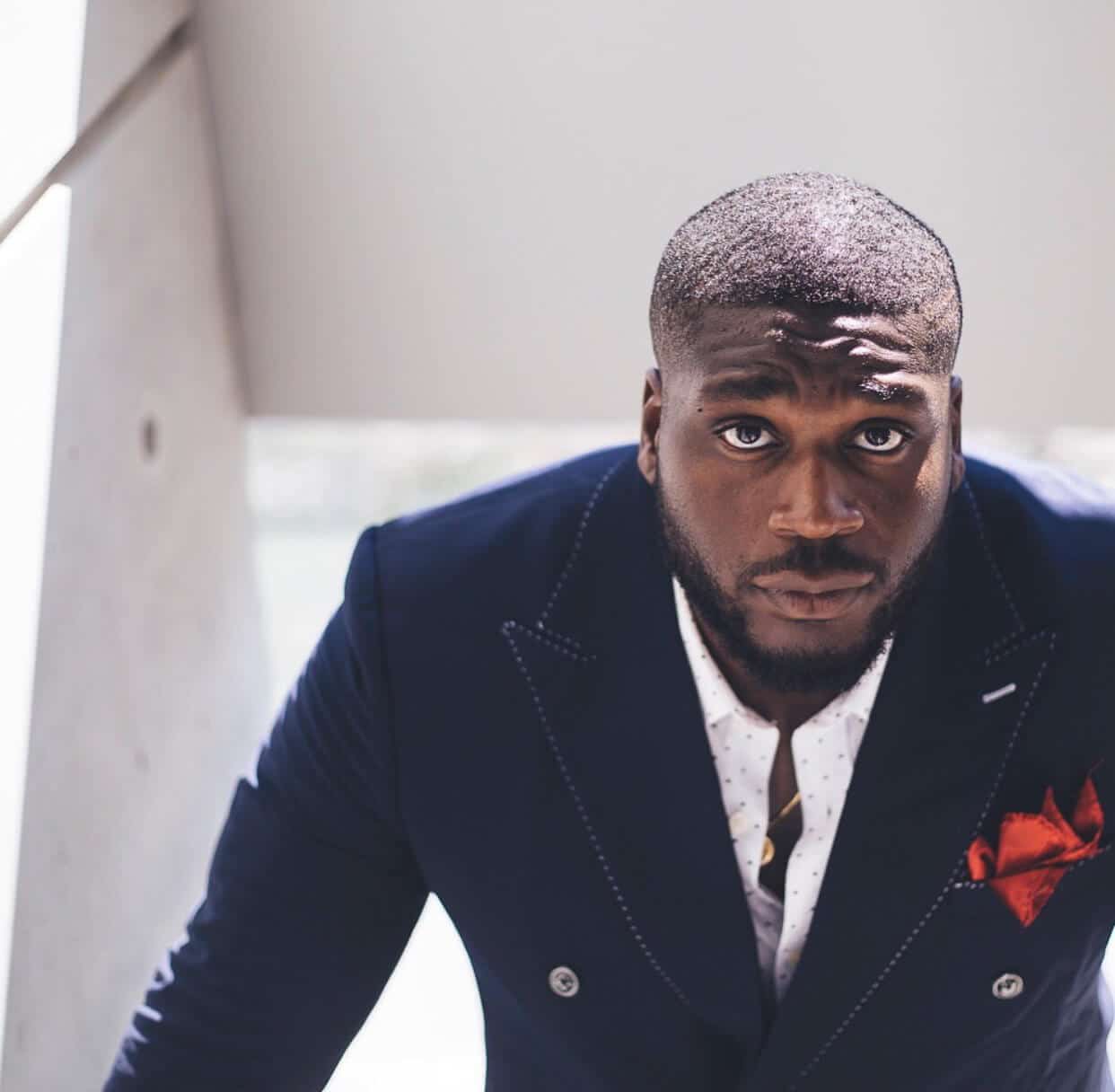 In November 2016, former NFL player turned fashion entrepreneur, Christo Bilukidi, launched his clothing company Idlewood Bespoke, specializing in tailored suits, at Canadian Fashion Weekend in Ottawa. After being named a Ottawa Community Housing ambassador and working with youth in at-risk communities, he then received the Mayor’s City Builder Award this past June. Bilukidi continues to be an inspiration to both youth and young, aspiring athletes in our city. 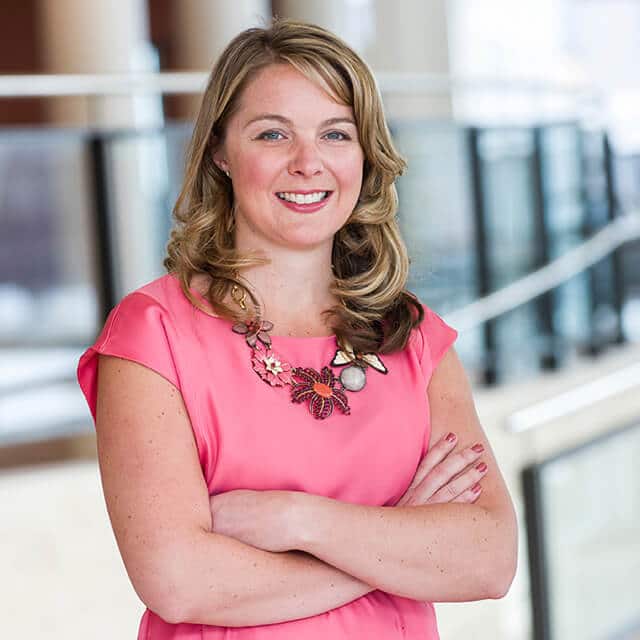 Later this year, Jenna Sudds wrapped up her tenure at the healm of the Kanata North BIA, Canada’s largest technology park. As executive director, she helped to brand Kanata North as a national centre for autonomous vehicles and in October her BIA hosted Canada’s first autonomous vehicle test drive. She not only branded and breathed life into the Kanata tech community, but did so for the city at-large. Sudds is now helping to start a national CIO Strategy Council, serving as its first executive director. 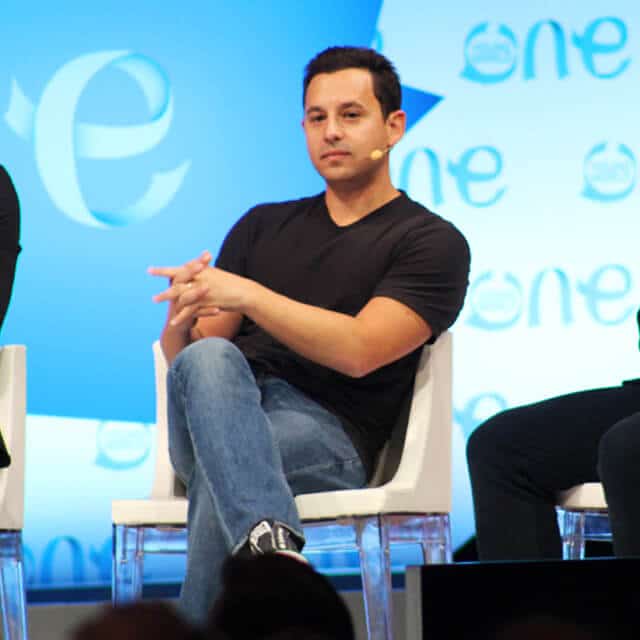 2017 was a big year for Shopify, announcing expansion plans, hosting Prince Charles at their Ottawa headquarters, and even fending off its share of controversy. Likewise, Shopify’s charismatic COO, Harley Finkelstein also had a big year, receiving Angel Investor of the Year honours at the Canadian Startup Awards, being listed on Caldwell and MNP’s Top 40 Under 40 list, and more recently being appointed to the CBC Board of Directors. 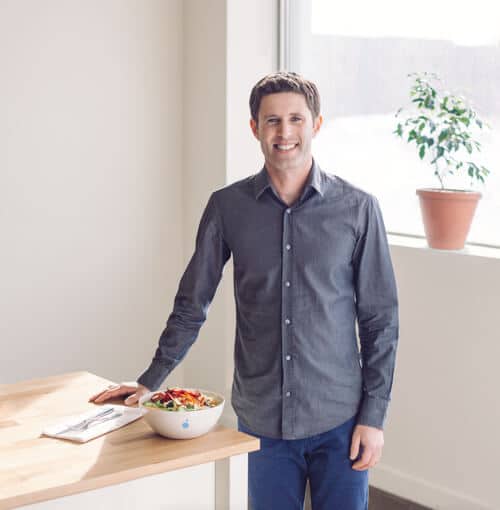 One of the most highly anticipated store launches of 2017 was for Mad Radish, the latest venture from DAVIDs TEA founder and Ottawa-native, David Segal. It was in April 2016, following his talk at the Legacy Conference, that he revealed he had moved back to the capital and would launch his next venture from the capital. It was in July 2017 that we found out that venture was Mad Radish- fun and delicious salads for the whole family. Segal and his partner, Stephanie Howarth, opened two locations, one in the Glebe and another in the downtown core, and hosted a launch party with the who’s who of the city. 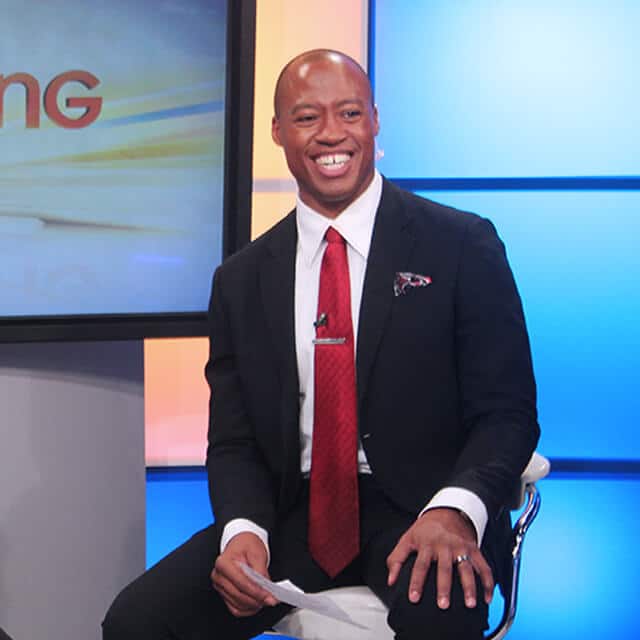 It was in 2017 that Henry Burris made the transition from CFL quarterback and Grey Cup champion to TV personality and morning show host with CTV, after announcing his retirement from the game in January of this year. In September, Burris was added to the Ottawa REDBLACKS Wall of Honour and received a Key to the City from Mayor Jim Watson. Henry also shined in the national media in 2017, making appearances on CTV’s The Social, as well as TSN’s Grey Cup broadcast. He continues to be a great ambassador for the city of Ottawa, as well as an inspiration for people of colour as one of the few examples of diversity in the Ottawa media landscape.