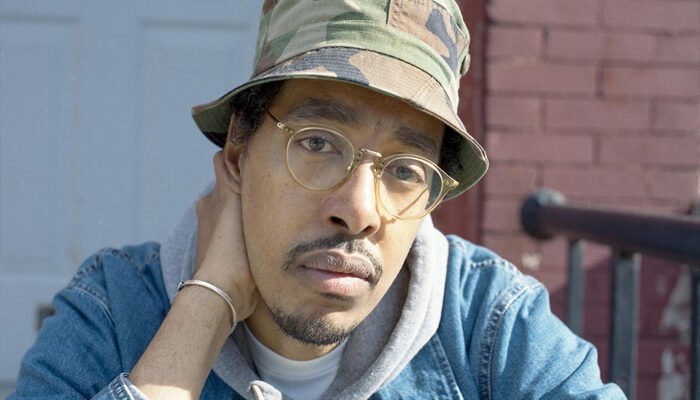 DC rapper Oddisee gets vulnerable as he tackles society, fatherhood and personal growth on his new project “To What End”.

Washington DC’s own DIY rapper/producer Oddisee is a true example of providing consciousness and self-reflection within his music while being someone that delivers a masterclass in lyricism. Through previous releases that dealt with underlying societal and personal issues and themes (ex. racism, the 2020 COVID-19 pandemic, isolation, escapism) such as The Iceberg & Odd Cure EP, Oddisee was never shy about speaking his mind. Now he returns to share his perspective again in his latest release To What End.

With much critical acclaim from the likes of NPR, Rolling Stone, and Complex for his musical releases and incorporation of live music production through melodic rap and top-tier lyricism, Oddisee’s latest release To What End explores the human psyche, posing the question: “How far are you willing to go, and why?” Between analyses of human ambition (“People Watching”, “More to Go”) and a look at the desperate measures people are willing to take to escape poverty (“Ghetto to Meadow”), Oddisee steps forward with a vulnerable examination of himself.

From listening to certain tracks on the project like Ghetto to Meadow featuring Philadelphia rapper Freeway and Hard to Tell, the live production, melodic vocals, and vibrant subject matter add even more life to the pictures he is looking to paint. Ghetto to Meadow starts with a powerful intro from Oddisee with a continuous, fast-paced flow in the intro and chorus. Following a neo-soul approach, the DC rapper speaks more on the various issues systemically coming from the depths of urban poverty such as violence, racism, the prison pipeline, and illicit activity.

Within the first verse he alludes to the concept of struggle and what people need to do to survive and escape from the harsh realities they’re growing up in. He does so while delivering melody with a monotone, unidirectional but a fast-paced flow that balances with smooth vocals and production. In the second verse, Freeway delivers a nice verse about his upbringing and what growing up is like for him. He manages to be emotionally and lyrically raw and in-depth with his punchlines and metaphors. He delivers a lot of amazing energy when speaking about the lifestyle that he lives and the need to survive.

On Hard to Tell, the synths incorporated with the string arrangements at the beginning of the song sets off an amazing style accentuated by Oddisee’s flow, emotion, and vibrance on the chorus and verses. The song explains that there is a senseless and limited approach and understanding of what people want, expect, and how they are, as well as how Oddisee avoids tasks that don’t have a purpose and the need to focus on what’s important to one’s self. Furthermore, he mentions that one should rid themselves of any expectation from others and be loyal and dedicated to others bringing positive energy. He balances this with a message of self-confidence and the need to only focus on your own goals and avoid the haters who bring any form of negative energy.

The mounting pressure on Oddisee to complete this album, while navigating the challenges of touring and raising a family amongst other things, pushed him to see a therapist for the first time. Atop the usual hard-hitting, “soul-injected, golden-era hip-hop inflected foundation” of his live band, To What End makes room for a new level of vulnerability from the oft-forthcoming rapper — in addition to bringing various unique features from the likes of Bilal, Phonte, Haile Supreme, Freeway, and much more.

Oddisee’s brand-new album, To What End, is available on all streaming platforms.