August 14th, 2016, San Francisco 49ers quarterback Kolin Kaepernick, sits on the sideline during the playing of the American national anthem to protest police brutality and racial inequality. This past week, almost two years later, the NFL owners and commissioner Roger Goodell have come full circle in declaring a ban on all on-field protests during the Star-Spangled Banner.

What this means is NFL players can no longer kneel, sit or act out any other display that would be considered as disrespectful to the flag. However, players now have the choice to be present or sit in the locker room for the anthem before the game. This wasn’t the case previously since the mandatory attendance for the anthem was put in place after 9-11.

I’ve just given you non-sports fans the Coles notes version of the political drama that has plagued the NFL for the past two seasons.

Kneeling for the flag went from a peaceful effective and clever protest by Kaepernick to something that seemed trendy for black players to do out of perceived obligation, to eventually being just a “fuck you!” statement to the POTUS after he erroneously labelled players who kneeled (99% of them black players of course) “sons of bitches”.

So effectively Kaepernick’s original narrative was drowned out by the media and regurgitated as players purposefully disrespecting the very symbol that provides the freedom for their protest. Do you not see the irony in all of this?

Players can no longer demonstrate in protest at their place of employment without being punished. Surprisingly, there’s been a lot of mixed reactions from the players. Some, like Dallas Cowboys quarterback Dak Prescott who has no issue with it, but others in my opinion who seem to be displaying a lot of fake outrage regarding this new policy.

In relation to Kaepernick wanting to bring attention to social and racial issues in America, this really doesn’t change a damn thing. Does it diminish the use of a very effective platform for players to bring awareness to important issues? Yes, of course it does. But only that one specific platform. 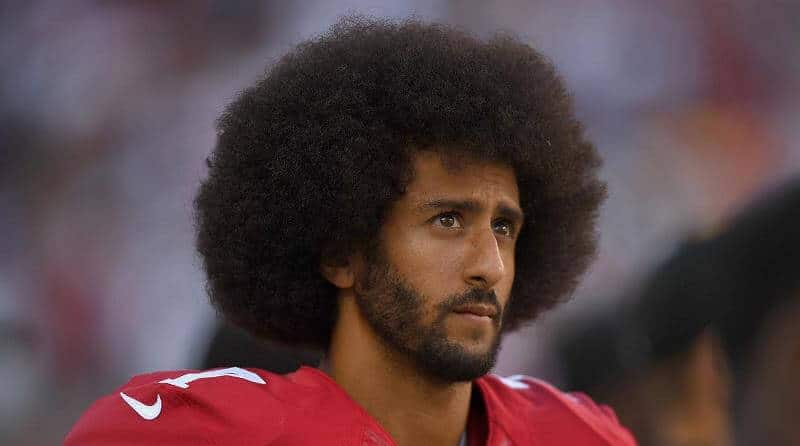 Let’s not forget most of these players are multi-millionaires. What’s stopping them from using other outlets to do the same? We live in a time as social media guru and business mogul Gary Vee puts it, “…never been an easier time to build a platform.”

A few weeks ago, my colleague Joe Mebrahtu wrote an opinion piece titled “The Blame Game: The Black Victim Narrative is Getting Tired”.  In it he discusses among other topics, why the black community needs to not allow the limitations and afflictions of the past to determine what the future of the community should look like.

“Yet much of our culture is absolutely addicted to the victim narrative. Retelling over and over the pain that was inflicted on us by a particular group can cause irreparable harm. As I said earlier, there’s nothing wrong with addressing the pain of the past, but creating a movement around that pain is unhealthy and won’t bring about positive change.” -Joe Mebrahtu

Now tell me again how an NFL ban can stop anyone from being a voice for important issues? I can write an entire article series on all the work Kaepernick has done in several communities, raising over a million dollars for his charities. All while allegedly (but more likely than not) being blacklisted by the NFL and unemployed for over a year after unofficially spearheading the movement. He continues to find ways to be effective for his cause outside of the NFL platform.

This ban should have no effect on the true pioneers in the NFL who are dedicated to continuing the fight against racial injustice. If anything, it weeds out the “raise your fist, take a knee” trend followers that were never about the true cause, but felt some kind of black obligation to join in.

Black NFL players today have the financial resources and available networks to create a powerful movement that we’ve yet to see in our lifetime. So, what’s the real issue? I really don’t see one. This isn’t that big of a deal that many journalists like ESPN’s Jemele Hill and others are making it out to be.

Black players can’t really expect Trump, Goodell and the majority white NFL ownership group to fully understand the long-term ramifications of this decision, one that was made without the input of the players association, and one that could have a reverse effect on what they originally intended by the ban which was to protect their on-field product.

Last year, I wrote a piece outlining why I thought Kaepernick should give up pursuing an NFL football career and put his sole focus on the causes he’s passionate about. My thoughts on the black outraged players are the same. It’s time you gave up the fight to kneel on the football field and begin to build new strategies; ones that will bring about the results you initially intended and create real change and awareness to the real issue at hand- police brutality.