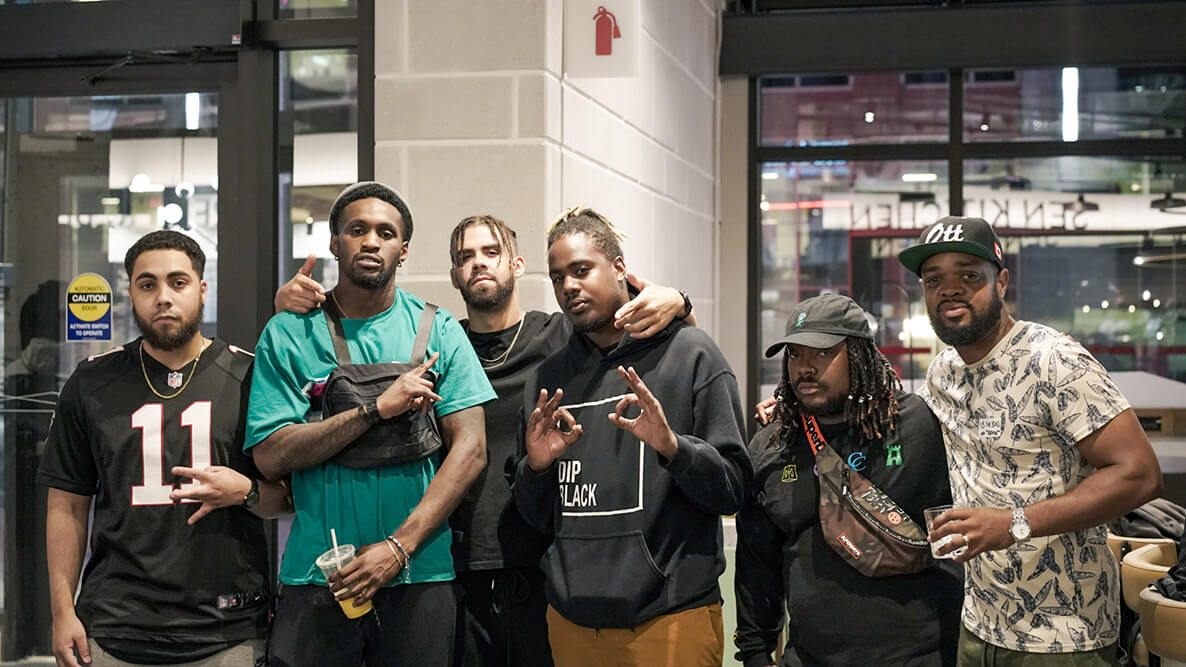 Ottawa is having a branding problem. This isn’t a new thing. Ottawa has always been seen as a sleepy government town. “The city that fun forgot.” Yes, some cool things have happened here in recent years. We finally got LRT (although it still has significant issues to iron out), we’re getting both taller and better designed buildings, and Ottawa Tourism has stepped up its game with its marketing campaigns, but we just can’t seem to get out of this no-man’s land of irrelevance.

Meanwhile, Toronto has gotten more cool, even when you thought it couldn’t get any cooler. Now, that wasn’t always the case. Growing up in Toronto, it always felt like a major city. It was always a household name around the world, but it’s different now. Toronto is buzzing and has found cultural relevance. It always knew it was cool; now everyone else knows it.

The question is, “How did Toronto become so culturally relevant?”, “What put it over the edge?” The answer is Black culture and the three biggest catalysts were Drake, Caribana and the Toronto Raptors.

Drake alone is responsible for 7% of Toronto’s $9 billion tourism economy and generates over $600 million in economic activity annually for Toronto according to a recent CBC Music docu-series. A few years ago I was in Toronto for Caribana/OVO Fest weekend. I met a few guys in Yonge-Dundas Square who were visiting from Baltimore. One of them told me, “When Drake says to be somewhere you go”. They also said they were looking for property in the city.

Meanwhile, every year one million people, including NBA basketball players and celebrities like Lebron James, Shaquille O’Neal PK Subban and Lindsey Vonn, flock to Toronto for Caribana (the city’s biggest party). Growing up, Caribana was always a must for family members visiting from the UK, United States and the Caribbean. According to a 2010 report from Ryerson University, Caribana generated over $438 million in economic activity in Toronto every year, over $2 billion in economic activity for the city and $1 billion in tax revenue for both the city and province. It’s safe to say that over a decade later, those numbers are significantly higher.

Meanwhile, the Raptors have put Toronto on the map in a way the Maple Leafs and Blue Jays never have. Back in the late 90’s, Vince Carter had the biggest rappers in music wearing Raptors jerseys in their music videos, and after last year’s trade for Kawhi Leonard and their championship win, the Raptors have shined an even greater light on their city.

Why were the Raptors able to give Toronto mass appeal in a way the Leafs and Blue Jays couldn’t? Because basketball is a Black sport and Black culture is popular culture and has been for a long time (case in point, Tiger Woods and golf). This impact goes beyond cultural impact to economic impact. In what is being dubbed “the Raptors Effect”, the team’s 2019 playoff run and championship actually boosted Canada’s GDP last Summer.

While stats on the annual economic impact of the Toronto Raptors are hard to come by, I would imagine it’s at least $500 million, which would mean Drake, Caribana, and the Toronto Raptors alone generate over $1.5 billion dollars in economic activity in Toronto every year. You add The Weeknd, Tory Lanez and other hip-hop artists reppin’ the 6ix and the number is even higher.

Toronto benefits greatly from Black culture and they’ve finally embraced it. Watch local news channel CP24 in the morning and you may hear news anchor and host Brandon Gonez break out in Jamaican/Toronto slang.

Remove Black culture from Toronto and it’s a totally different city―more boring, less interesting and less cool. So my advice to Ottawa, if you want the capital to be cool and buzz worthy, embrace, celebrate and invest in Black culture. Right now Ottawa is like bland chicken in need of seasoning (and Black people know seasoning).

Now, there are two issues at play here. First, Ottawa is still a very white city. Yes, there’s been progress in recent years. In 2019, we got our first Black city councillor, director of education, and police chief, but Ottawa is still very culturally white. We’ll clamour to give golfer Brooke Henderson a key to the city and forget about people like Herieth Paul, a legitimate supermodel who has walked the runway for Victoria’s Secret and some of the world’s biggest brands, and is arguably the biggest model to come out of Canada over the past five years. Then there’s Marial Shayok, the first basketball player from Ottawa to be drafted by an NBA team. Shayok is currently one of the leading scorers in the NBA G League and recently got called up by the Philadelphia 76ers. Where are their keys to the city? Where are their public acknowledgments from municipal leaders? They’ve had equal, if not greater, impact in their respective industries than Brooke Henderson. What kind of message does this send when our leaders publicly celebrate the cute, white female golfer and not the Black fashion model or basketball player?

Now, am I accusing our leaders of being racist? Absolutely not. What am I saying is that our leaders see Ottawa through their lens and that lens is very white. That’s the biggest travesty; they don’t even see my Ottawa.

This goes beyond our municipal leaders. I could point to media outlets, business associations, and events in the capital who consistently show me that people like me aren’t their target demographic.

Meanwhile, the City of Ottawa website states the capital has Canada’s third-largest Caribbean community and the second-fastest growing Caribbean community after Montreal. When was the last time those stats were included or reflected in a marketing campaign? We keep hearing that Ottawa has a talent shortage and needs to attract more professionals. Maybe they’re looking in the wrong communities. I know Black doctors, filmmakers and tech professionals in Toronto who have personally told me they were considering a move to Ottawa. How many more are there? Armed with these kinds of stats, the City of Ottawa and Invest Ottawa could attract some strong Black talent from other cities.

If you want to point to Ottawa’s rich Middle Eastern culture, Ottawa is said to have more Shawarma places than Toronto, Montreal, Calgary and Edmonton combined. Why aren’t we marketing that? “The Shawarma Capital of Canada”. Shawarmas should be as “Ottawa” as Beavertails. There are also a lot of Middle Eastern recording artists who are starting to generate buzz outside of the city. Where’s the public acknowledgement of Malak Sound, the first Canadian to appear on the Middle Eastern version of The Voice, or Belly, the biggest recording artist to come out of the city since Alanis Morrisette?

This brings me to the next issue―Ottawa is stuck in the past. Many people in this city are holding onto an Ottawa that used to be instead of the Ottawa that is or can be? How long are we going to celebrate Sandra Oh, Tom Green, and Alanis Morrissette? They’ve all accomplished great things, but there’s a new crop of talent doing amazing things. Aside from Herieth Paul and Marial Shayok, there’s Helena-Alexis Seymour who starred in Amazon’s Chronicles of Jessica Wu. There’s Vanessa Morgan from CW’s hit show Riverdale. In music, there’s Maurice Moore, City Fidelia and Night Lovell who are getting coverage from American media and performing at major festivals, and who rep Ottawa when given the chance.

Like Toronto, we need to evolve. The old Toronto hung its hat on the Toronto Maple Leafs, musical acts like Rush, and the financial industry, but they didn’t end up being the things that made the masses care. Today, Toronto has hitched its identity to Drake, the Weeknd and the Raptors who have in turn had a residual effect on the financial and tech industries in that city.

Here in Ottawa, we need to embrace the possibility that, although they are vitally important, local institutions like tech, government, or even the Ottawa Senators, may not be the things that make the world sit up and take notice. There may be future industries and stars that we’ll need to hitch our identity to that look nothing like the Ottawa of old, that will in turn shed light on some of the things we know and love about our city today.

So once again, if Ottawa wants to fix its reputation as a sleepy government town, Black culture could be exactly what it needs. Include us in your marketing campaigns. Ask us how you can get young Black professionals like us to visit or migrate to the city. Acknowledge our successes the same way you do those of local darlings like Brooke Henderson and Sandra Oh. Give us more grant money to put on events. I’m not talking about handouts or entitlement. As Toronto shows us, the economic returns are there. Invite us to the table and you’ll thank us later. 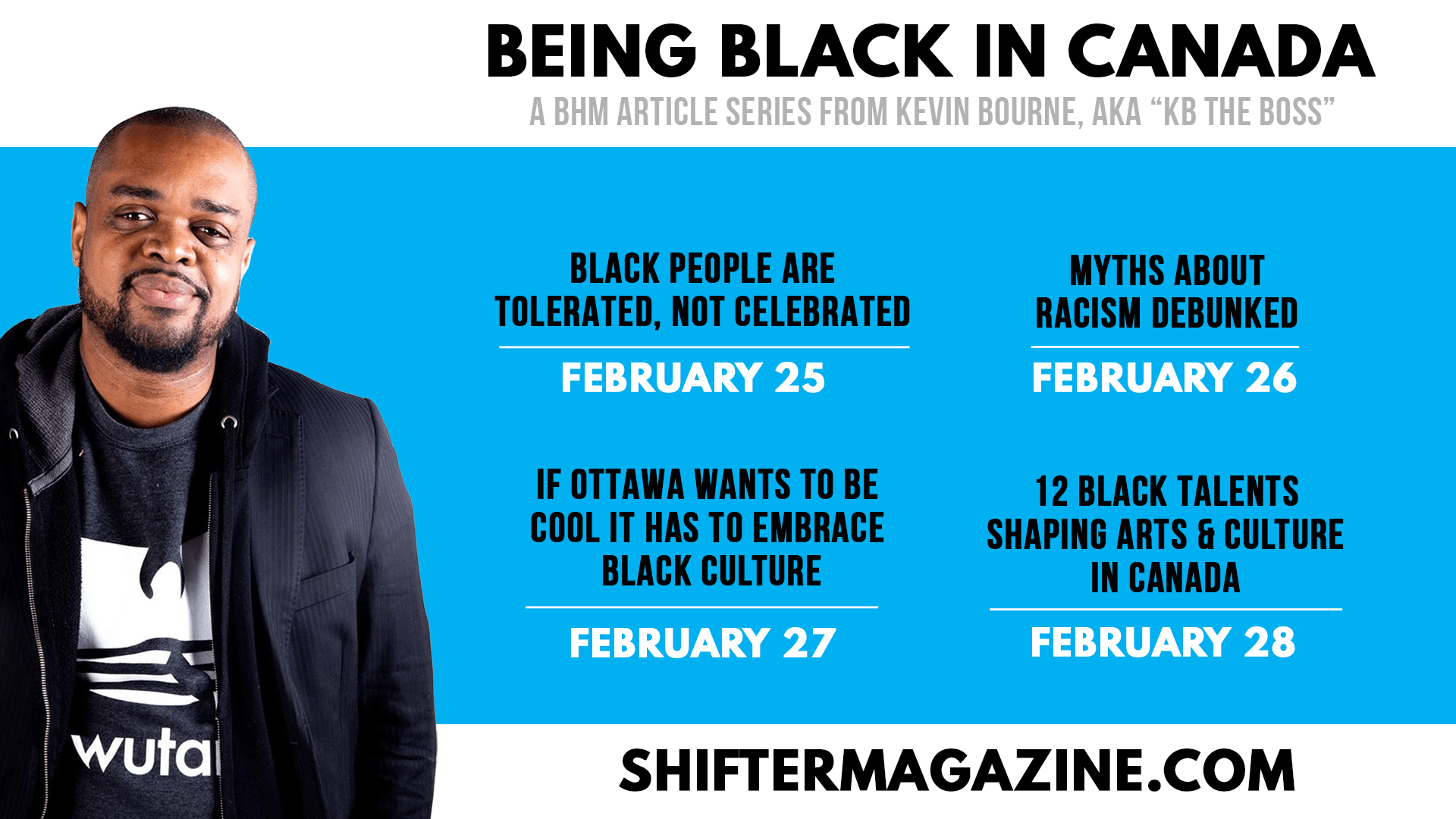