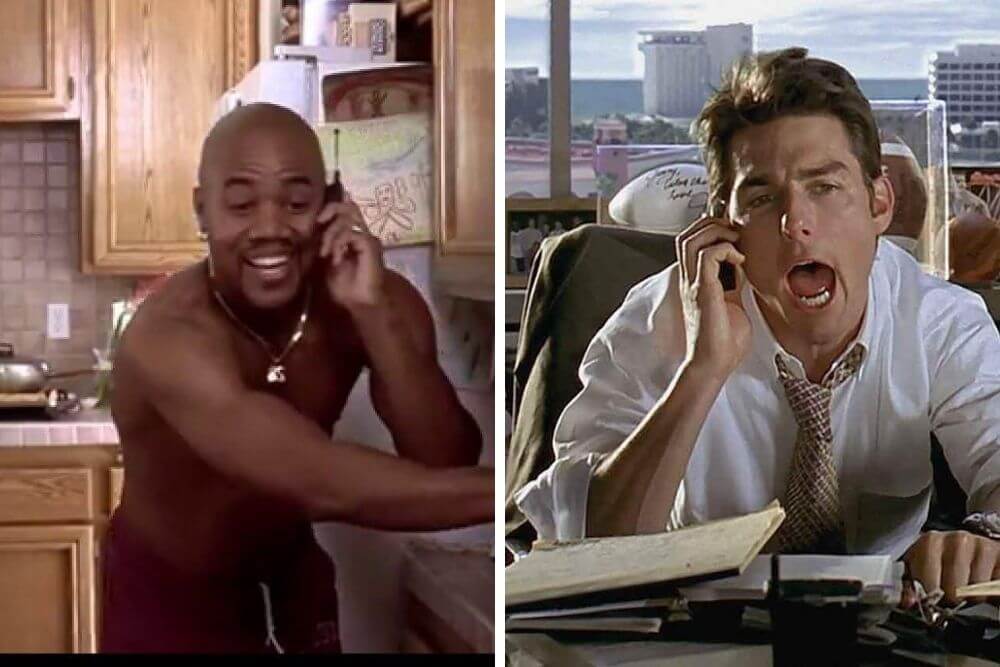 One of the most iconic scenes in cinematic history is when Cuba Gooding Jr. asks Tom Cruise to repeat that memorable four-word phrase in Jerry Maguire – “Show me the money”.

This has been my mood over the past week.

Lately, I have been giving much thought to the economic disparity experienced by Black people across North America. While systemic racism in the justice system has been at the forefront of the conversation in recent months, I believe we have understated the importance of economic equity and narrowing the economic gap between Black and white people.

As some have noted, the Black experience is akin to a game of monopoly where Black people have been invited to play halfway through the game while starting with less money, leaving us in a perpetual cycle of playing catch up.

In his interview on the New York hip-hop radio show The Breakfast Club, entrepreneur and Weather Channel owner, Byron Allen, referred to one of Martin Luther King Jr.’s final speeches stating diversity is being able to sit in the same restaurant as a white person; economic inclusion is being able to afford the same meal.

As Black people, we can no longer be satisfied with simply being in the room, having a seat at the table, or just getting hired. A big win is Black people being paid according to our value.

Kiana ‘rookz’ Eastmond, a Toronto-based entrepreneur and member of the hip-hop community, recently spoke about her experience as a Black entrepreneur on Instagram.

She has become a sought after community and city leader and has been invited to sit on a lot of boards and City bodies, but when those who are at the table are choosing firms to do business with, they never choose to work with her company. She is good enough and has enough expertise to be invited to sit on boards and councils, but apparently not good enough to do business with. In other words, she has a seat in the restaurant, but there is still a disparity when it comes to commerce. This is a fear shared by other Black entrepreneurs and professionals, and perpetuates feelings of tokenism.

In recent weeks, I myself have been invited to sit on different boards and committees, which I look forward to, but will I have the same experience as Rookz? Good enough to be on boards, committees and councils (becoming some sort of novelty and symbol that progress is being made), but never good enough in the eyes of White Canada to actually do business with?

While I would not assume that everyone is racist, it is true that many people have a subconscious bias that white is better or more professional.  For others, they have existing networks they tap into; businesses and contractors they have depended on for 10 to 20 years for a particular service.

On one side of the coin, I understand, but on the other side, this continues to further the economic advantage of white people by keeping money circulating within a closed network or community. It is the very thing that allows us to sit in the same restaurant, but not being able to afford what white people can afford.

Now, I’m not building a case for handouts. No one is obligated to do business with BIPOC-owned companies, but organizations should put out Request for Proposals so we can at least compete for business and show why we are the best person or firm for the job, at the same time challenging the firm they have been using for the past 10 to 20 years to demonstrate why they are still sharp and the best fit.

If the idea of circulating money within the Black community and rebuilding Black Wall Street is going to become a reality, we must also be willing to put our money where our mouths are and pay each other according to our value. As a Black community, we cannot respond in disgust when a member of our community dares to quote what they are actually worth, or even expect discounts or free services. How can we expect other people to respect Black business and pay us our value, if we don’t do it first within our community?

But I can’t blame those who aren’t optimistic. Over the past month, I’ve spent quite a bit of time on panels and Zoom calls for free. I’ve been approached about doing partnerships – some of them for free. I’ve been asked to do work at reduced rates. All despite the fact I have been in my field for 16 years, including years on Parliament Hill, have built a media platform with national reach, have appeared on local and national media, and have a university education.

While some of my new partners have paid me and made genuine attempts to support the Black community, if I were to take an honest inventory of the past month (or even past few years), I’ve given out a lot more than I’ve received.

How can Black businesses and professionals (and as a result, individuals and families) get ahead when we don’t seem to be taken seriously? Would I have been treated the same if I was a white business person or my company was white owned? Or perhaps it is because I wear t-shirts, chains and sneakers, and not suits.

Perhaps it is because helping the Black community is seen more as a community or charitable initiative than an economic or marketing opportunity that pays dividends for ones’ company or organization.

The group that was the most respectful of my time and expertise over the past month was a small group of Black parents who were holding an online end of school year event for Black children and youth. They had the least amount of resources out of any group I’ve spoken to or partnered with, and I gave them the least of my time, but they gave me the most. That’s both telling and troubling for many reasons.

This isn’t an isolated incident. Canadian R&B singer, Jully Black, recently took to social media to talk about her relationship with the WE Charity in light of recent controversy surrounding Margaret and Alexandre Trudeau being paid for appearing and speaking at the events after the charity initially denied paying them. Meanwhile, Black and other participants went upaid for doing even more work for the charity.

In response to some commenters, Black noted, “…That damn seat at the table so many Black people and black WOMEN have fought for…then we often get given the scraps or we’re overworked and underpaid or not paid at all sighting (sic) it’s a ‘Great opportunity’.” She went on to note the same reality in Canadian TV and radio.

The lesson here for Black people is that we can no longer be satisfied with simply having a seat at the table; we need to have the bravery to command the value we deserve. For white people and those in companies and other business organizations, it’s time to assess whether you are contributing in any way to the economic disparity being faced by Black people. You can’t call yourselves allies because you share posts on social media, or were outraged by what happened to George Floyd, while not paying Black people for our service or wanting us to reduce our rates. You can no longer simply pat yourselves on the back for giving Black people a seat in the restaurant. A seat at the table is no longer enough. The yardstick has moved. Allyship includes paying Black people appropriately for their time and service.