I had the opportunity to see Black Iri$h and RBLx perform at Marvest last year and liked what I saw.  Aside from making good music, they were also good performers. That was the beginning of my conversion from being only a boom bap and bars guy to being open to the new wave of hip-hop.

Even though I went to his Marvest show, I have to admit I slept on Black Iri$h just a bit. Last month, Black Iri$h released his latest project, Gemini Season, and I didn’t get around to listening to it until recently, ahead of his Bluesfest performance. And you know what? I knew he was good, but damn…he’s really good.

This brings me to last night on the Black Sheep stage. I entered to Black Iri$h performing Foreign, one of his big songs from 2017 that I also saw him perform at Marvest last year. He was joined by RBLx members Xuave and Svdvm for the opening slot of the evening.

After Foreign he performed Babylon with Ottawa producer and artist V C T R. This part of the performance felt a little bit all over the place, but this song is a hit. I wouldn’t expect it in Ottawa, but somewhere in the world this song should be playing on mainstream radio.

The highlight for me was Nascar, my favourite Black Iri$h song. Another was him shouting out XXXTentacion and Smoke Dawg, and paying tribute to X with Look At Me which got the biggest crowd reaction of the whole show; crowds jumping and yelling out the lyrics. By now the crowd had grown. It was definitely one of the bigger crowds for a local act, especially in an opening slot. Impressive. 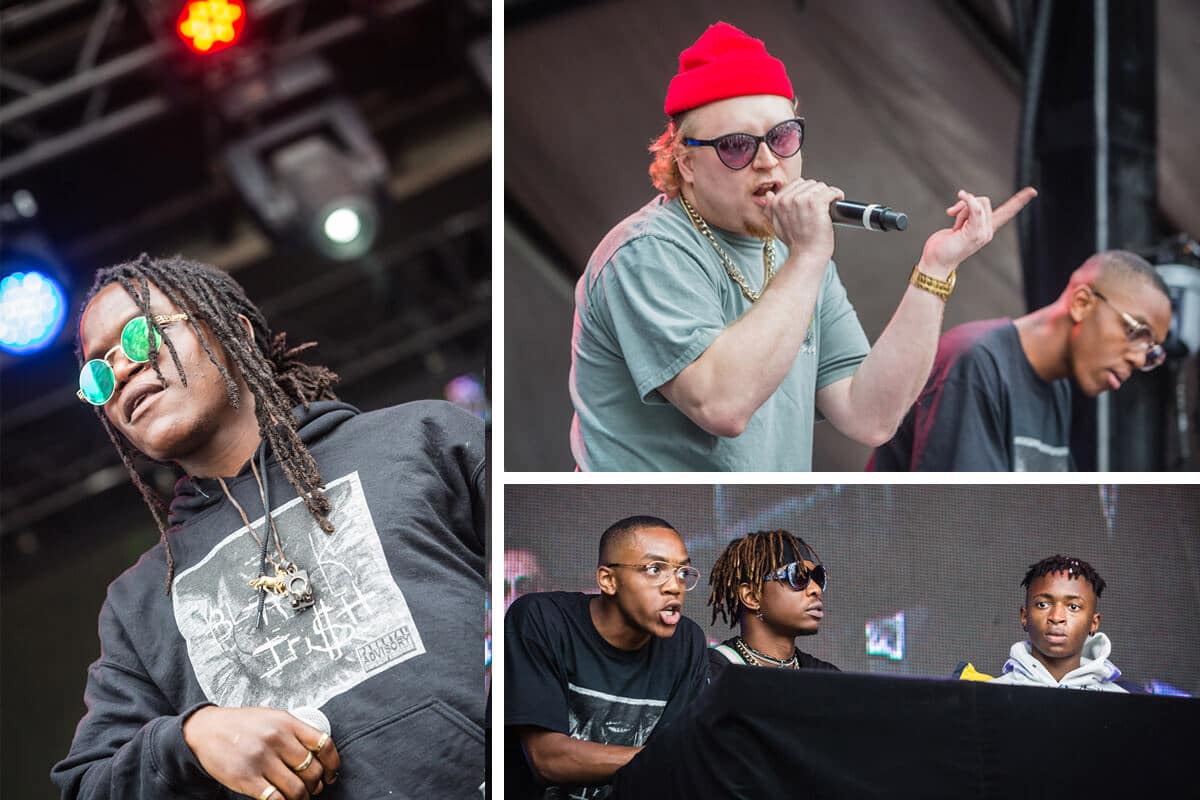 Then it was Svdvm’s turn to come to the forefront with his viral single Auston Matthews. He had to apologize a few times for rapping about the Toronto Maple Leafs star in Ottawa. How about a Erik Karlsson song to get him to stay with the Senators?

Iri$h closed out his show with Back It Up and came down to the crowd shirtless which had the ladies screaming. They didn’t seem to have a problem with the hook, “If she ain’t got a booty I don’t wanna fuck”. As they did throughout the show, they had the confetti guns going off, and it was a big turn up fest.

I have to give respect to Black Iri$h because his show was like nothing else I’d seen at Bluesfest. He has his own lane. He was accompanied by a DJ and a drummer; a combination I don’t remember seeing at Bluesfest. He also showed some versatility. As I said in my Bluesfest preview, Black Iri$h can give you bangers but then he can also give you bars on a track like Get Paid.

One of the knocks that new rappers get is their lack of stage presence and crowd engagement. That’s not the case with Black Iri$h. He’s a natural performer and entertaining just off his personality. In between songs he’d use autotune almost like a helium tank at a birthday party to ask the crowd questions like, “What you drinking?” It provided some good comic relief. He was one of the few artists who made me laugh.

He was high energy from beginning to end, and between his energy and personality, he kept you engaged and entertained throughout the whole show. Black Iri$h looks like a star on stage and he has the music, persona and work ethic to do damage in the industry.