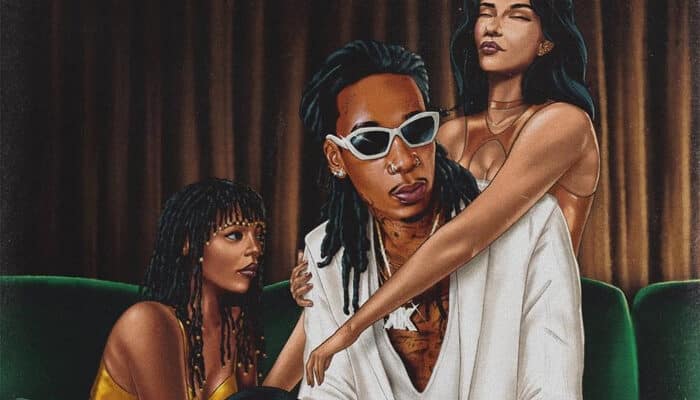 Wiz Khalifa is back with “Multiverse”, revealing a deeper sense of freedom and maturity. Hear all about it in our Multiverse album review.

Tonight, Khalifa has returned to form as a solo artist with his new 17-track album Multiverse. He brings his full repertoire and arsenal to the project, exploring different themes and sounds, while delivering a complete body of work.

The album opens with a little groove and funk on “Big Daddy” sampling Cheryl Lynn’s “Got To Be Real”. We then get a little more groove and funk on the bass guitar laden “MVP”. This would repeat itself later on in the project with the 70’s inspired “Like You” as he dramatically lists off cities of the world with a hush and a whisper, which could almost border on corny.

Although he gives us a few bangers like “Iced Out Necklace”, one of the standout songs on the album, and some ratchet content on “Bad Ass Bitches”, he spends a lot of time deviating from the typical 2022 hip-hop formula, giving us a heavy dose of thoughtful and mature content.

In particular, he spends quite a bit of time exploring the subject of love..

The song that reveals the most personal growth on the whole album is “1000 Women”. Accompanied by a saxophone for the jazz heads, this song is about his priority being having children and one woman in his life. This is grown ass man messaging that is in stark contrast to what we hear in music today.

He explores the theme of love further on songs like “Memory Lane”, with its boom-bap production; the beautiful, personal and highly melodic and personal “Something Real”; “Keys” with the contrast of beautiful storytelling about life and love over drill production; as well as on “Nobody Knows” where he once again gets into his storytelling bag, talking about some family challenges.

He also reveals his maturity on “Mirror Love” as he repeats on the hook “can’t be afraid to find yourself”.

Perhaps this is what we’re witnessing here; a Wiz Khalifa who has found himself, perhaps through finding God. The project closes with “Thank HIm” where he reveals his faith in God, encouraging listeners to believe. What we seem to be getting is a content, happy and free Khalifa. While he always appeared to be free from the trappings and pressures of mainstream music, in his sound, content and lack of big features, this album exudes the freedom we’ve always known him for, but perhaps in even greater measure (and it’s refreshing to hear and experience).

He’s also found a way to deliver mature content with good messaging, demonstrating growth without coming across as preachy or corny.

This is a creative and outside the box album that still comes across as accessible with messaging for your soul that you will want to revisit a few times over.

Multiverse is available on all major streaming platforms.