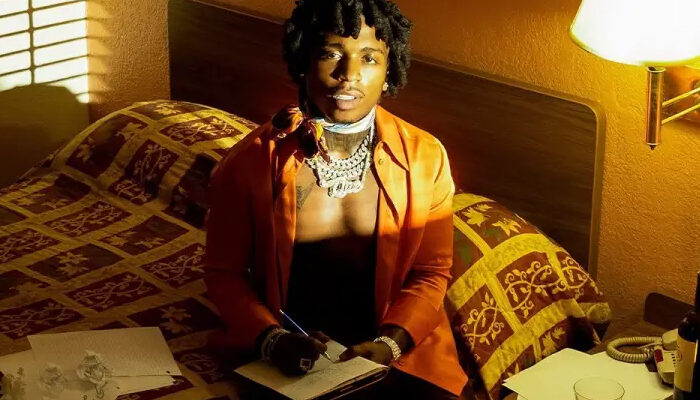 ALBUM REVIEW – JACQUEES BLENDS LOVE, INSPIRATION AND RAW DESIRE ON SINCERELY FOR YOU

Jacquees’ new project is a blend of pure love, inspiration, and raw and unfiltered desire. Here’s our Sincerely For You album review.

Jacquees, the self-proclaimed “King of R&B”, is back with his brand new album Sincerely For You, a blend of pure love, inspiration, and raw and unfiltered desire. The project is a follow up to his 2019 release King of R&B and recent singles “Top of the Week”, “Tears”, and “What I Want”.

The album begins with the title track “Sincerely For You”, an inspirational song about his come-up sprinkled with spurts of boastful hip-hop energy. On the previously released “Say Yea” he sings “You’re overdue for some romantic shit” before talking about making her wet. On the previously released “Reason Why” he boasts “I’m in Memphis getting head from a celebrity”. On “Be With You”, he encourages his girl to “make it nasty”, while Tory Lanez boasts about making it squirt. Then on “Still That” he brags about making a girl “nut in just the blink of an eye”.

This is contrasted by beautiful songs about mature love; the kind of songs the older crowd often say are missing in R&B today.

On “When You Bad Like That”, one of the stand out tracks, he sings about making love to his woman. Then on “Woman’s Worth” he’s eager to give a woman what she’s worth. Meanwhile, on “Start Over” he refers to his love interest as his best friend. “Sex, Hennessy and R&B/Talking About You” brings the passion before he gets into his inspirational, storytelling bag on “The Mud”.

To close out the album, he gives us the most unexpected feature on the album—“One More Time” featuring legendary Gospel singer John P. Kee as the pair sing about the loved ones they’ve lost.

Overall, it’s a very good album that has that raw and unfiltered content today’s R&B heads will enjoy, while having more contemporary R&B vibes that remind us of the time when artists like Donnell Jones, Joe and Case gave us feel good songs about love. In a time when misogynistic content is the norm, both in hip-hop and R&B, Jacquees provides a project that’s beautiful while still being raw and direct at times. No matter your taste and palette within R&B, Jacquees has you covered.