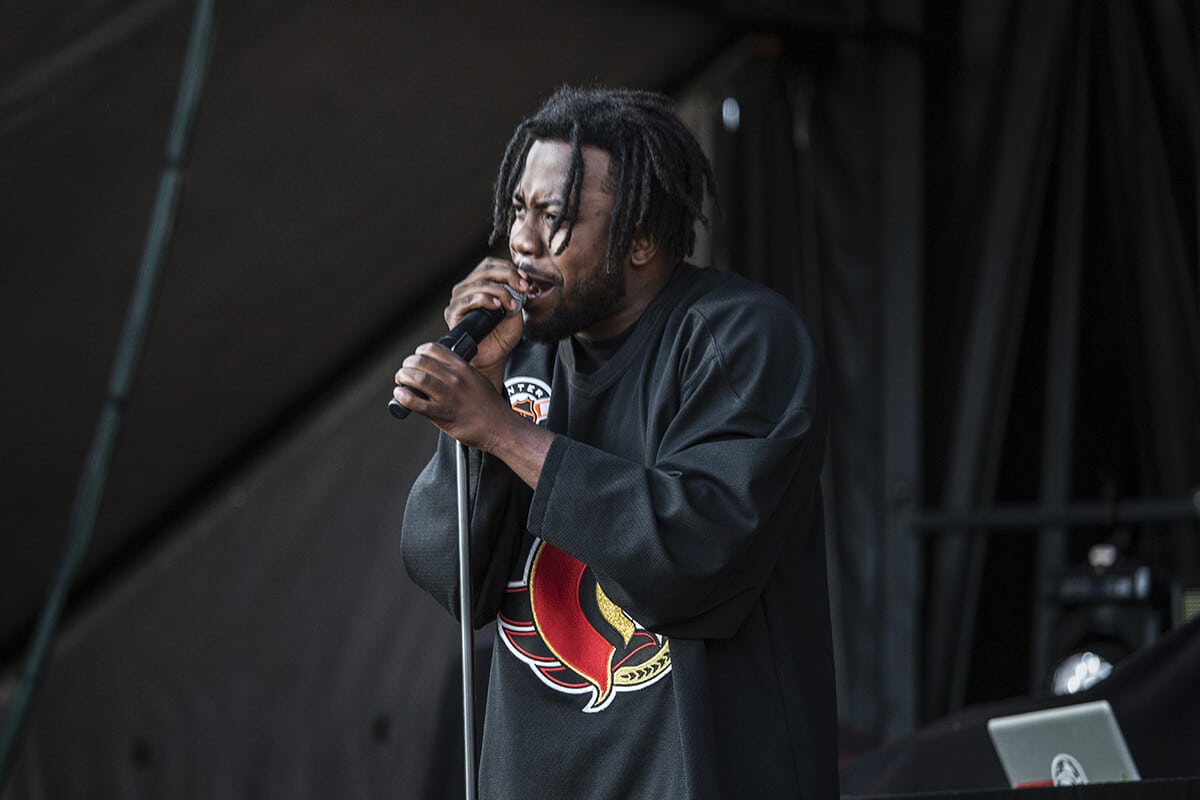 This week, Ottawa got a rare dose of star power. Wu-Tang Clan and 36 Chambers ALC announced an initiative to raise funds for the Ottawa Food Bank, Ottawa Mission and the Children’s Hospital of Eastern Ontario. The city woke up to see a soon-to-be iconic photo of Ottawa’s mayor Jim Watson at the office wearing a Wu-Tang Ottawa shirt, one of the items being sold to raise funds for people in need in Ottawa. The hosts of CTV Morning Live even got in on the festivities wearing the same shirts emblazoned with the Wu-Tang logo. Not bad for a city known for being boring and lacking any sort of fun.

The photo of the mayor generated 38 shares and almost 10,000 views on our Facebook page so we weren’t the only ones who got a kick out of it. We even asked our readers and social media followers for suggestions on what the mayor’s Wu-Tang name should be.

But now that the dust has settled and the excitement has faded, it’s time to call a spade a spade. Ottawa doesn’t really care about hip-hop. I sound a bit like Kanye’s famous “George Bush doesn’t care about black people” quote, but it’s true.

Let’s face the facts. Local hip-hop artists struggle to get booked at Bluesfest, the biggest music festival in the city and one of the biggest in Canada (which Wu-Tang performed at last year), and as as some artists have noted upon hearing the announcement, they have yet to see a hip-hop act perform on CTV’s morning show. They have country, folk and rock acts, but no hip-hop.

In speaking to some members of Ottawa’s hip-hop community, this initiative is a little bitter-sweet. Why? Because Wu-Tang has been embraced in a way that local hip-hop hasn’t. Some even thought it should have included some local hip-hop presence or that city leaders and community organizations should’ve valued the transformational power of hip-hop a long time ago and worked with local acts who already have legitimate star power.

There’s Night Lovell who sells out venues all over Europe and has been featured by major American media outlets like XXL, Genius, and No Jumper. There’s City Fidelia who has been featured by Complex and Noisey. Both City Fidelia and Night Lovell were booked for Rolling Loud Hong Kong before it was cancelled due to the pro-Democracy demonstrations. There’s Belly who is signed to Jay-Z’s Roc Nation and The Weeknd’s XO and has written songs for major stars like Beyonce. There’s Charron who stars on the MTV show Wild ‘N Out. There’s Tiagz who just got signed to Epic Records and has higher numbers than Drake on TikTok. There’s Dax, one of the biggest rappers on YouTube who gets between two million and four million views on his music videos. There’s R&B artist Maurice Moore who has worked with big artists like Kehlani. They are all from Ottawa and have never been celebrated by our city leaders and community organizations, meanwhile other celebrities from Ottawa like Alanis Morrissette, Tom Green, and Sandra Oh have been.

The problem is bigger than hip-hop. The same can be said of supermodel Herieth Paul, NFL players Eli Ankou and Neville Gallimore, and NBA/NBA G-League player Marial Shayok. Ottawa’s black celebrities and athletes, as well as hip-hop artists, aren’t being acknowledged or celebrated in the way white ones are. Meanwhile, Toronto has embraced hip-hop and black culture, becoming a household name in the process.

This is why city leaders, members of the media, and community leaders going crazy over Wu-Tang seems rather hypocritical. Hip-hop is not only not respected in Ottawa, it’s actually feared and seen as violent and dangerous. Hopefully what Wu-Tang did last week will mean that a door is now open and people will see the social, cultural and economic impact that hip-hop can have on the community.

Now, as I said in my Black History Month series, I don’t think our leaders are racist; nor are they doing a bad job, especially in these times. I just don’t think they are aware of the Ottawa that we live and work in as members of the hip-hop community. The mayor recently appeared on the It’s Not That Deep Podcast and when asked about Ottawa’s reputation as a boring city, he cited diversification of the economy, Canada 150 festivities, green space, and Ottawa being a safe place to live as reasons why that isn’t true.

Hip-hop and black culture are some of the main tools available to the city to shed its boring image. We saw that that this week with the Wu-Tang announcement and it doesn’t have to stop. Here are a few ideas. Get Belly, Dax, Charron and Night Lovell to work with the school board to empower students. Give Herieth Paul and Belly keys to the city the same way you did for Sandra Oh and Brooke Henderson and mainstream media will show up in droves. As people in the tech community have been saying for years, Ottawa has done a poor job of telling its own story, and a big part of that story is our culture.

The power of hip-hop was seen last November when I accompanied City Fidelia to the Boys and Girls Club on McArthur Road as he spoke to a group of kids, some of them friends with my own son. He told stories about the famous people he’s met or worked with and played sports with them after taking time to sign autographs. The kids left inspired. Former poet laurete, Jamaal Jackson Rogers, aka JustJamaal the Poet, is consistently doing work in our schools and with youth at a community level. This not only shows the power of hip-hop at the grassroots level, but it makes Ottawa less boring.

So as we celebrate this well-needed community initiative announced last week and the fact that those in need are being helped, next time it would be great to see members of the local hip-hop community among the community partners, and it would be great to explore how hip-hop can be a tool for change beyond this pandemic and initiative. It’s time for Ottawa, boring image and all, to give hip-hop a sense of place in the city. We’re here and we’re ready to help where we can.